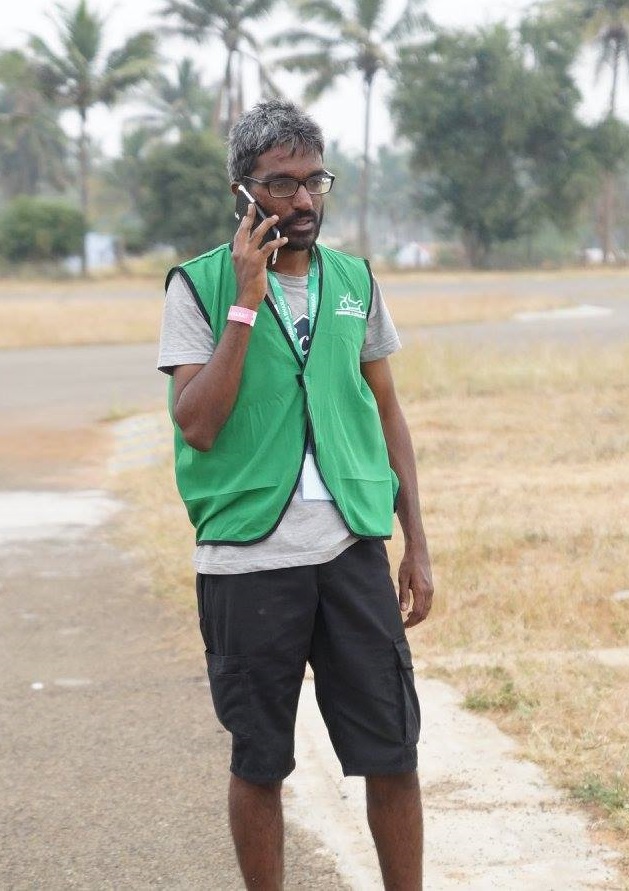 Many thanks for agreeing to speak to do this interview. To start things off, could you first tell me a little bit about your current job role and what you are responsible for?

I am an engineer in the rally and off road motorcycles section in TVS Racing. We participate in supercross championships in India and Sri Lanka, cross country rallies in India, Europe, Africa and South America.

Could you describe your background, qualification and how you got involved in Formula Student?

I completed my undergrad in Mechanical engineering from MS Ramaiah in Bangalore in 2006 and my graduation in Automotive Technology from IITM in Chennai in 2013. It was during my graduation years that I joined the formula student team, Raftar, where I worked on the powertrain. We participated in FSUK and FSG. Since then, I have been volunteering on Baja and Formula Student events in India.

As an individual with a lot of dynamic track experience at various events around India, what are the common mistakes you see drivers make on track?

If you are talking about pro riders and drivers, then it would be unfair for me to sit comfortably in the pits and say they outbraked here, or didn’t soak a jump there.

However if you are talking about amateur drivers in Formula Student events, then I would say many mistakes like inconsistency in braking and turn-in points, coming on the power too hard and backing off completely before again powering , but the root cause of all the mistakes seems to be lack of hours behind the wheel.

Over the years you have been involved with FS, what has been the best moment?

FB2017, Pravega in endurance, driver no. 2. – Both car and driver were in-sync. Not only because it was a treat to watch, but because it feels so satisfying to know that Indian competitors have risen up to the levels envisaged by Claude, Pat, Steve and Peter. Very heartening that a handful of teams have moved from kit car competition mindset to a design competition mindset.

This interview was conducted by Nilai Suresh, PR @ Formula Bharat on February 17, 2018

A Few of the Unique Sensors used in Formula 1

Becoming a Marshal in F1

The Formula Bharat team is a dynamic group of volu

You heard it right! We are coming to your campus t

The concept of the design event is to evaluate the

To all the engineers out there who are constantly

The objective of the Business Event is to evaluate

Formula Bharat 2023 is scheduled to take place in

Barrel Motors is on a mission to positively change

MathWorks is pleased to announce the ‘MathWorks

With the increasing production rate of automotive

I was an introvert when I joined the university. B

“After our participation at FSEV 2020, we were w

My team was expected to start building our fifth C

I joined the team in 2019 as a powertrain engineer

When I think about my time as a Formula Student I

The biggest challenge that we faced as a team was

I was just a team member who had no responsibiliti

Aerospace is what I was really interested in hence

Our participation in FB2019 under the combustion c

“After our participation in FB2020, the senior t

Majority of my childhood I was surrounded by DC mo