The rise of Indian teams among the Formula Student ranks continued this year as we had yet another set of promising performances from them at international Formula Student competitions. This year saw 9 teams (7 in the combustion class and 2 in the electric class) representing India at Formula SAE Italy and Formula Student Germany.

Formula SAE Italy took place from July 19th – 23rd , 2017 at Autodromo Varano. It started off on a great note for teams from India when the combustion cars of Raftar Formula Racing, Orion Racing India and Ashwa Racing were able to clear the technical scrutineering with relative ease. This put them in great shape to compete in the dynamic events. The teams also managed to put in decent performances in static disciplines with all the three contenders managing a top 30 finish in the design presentation event. 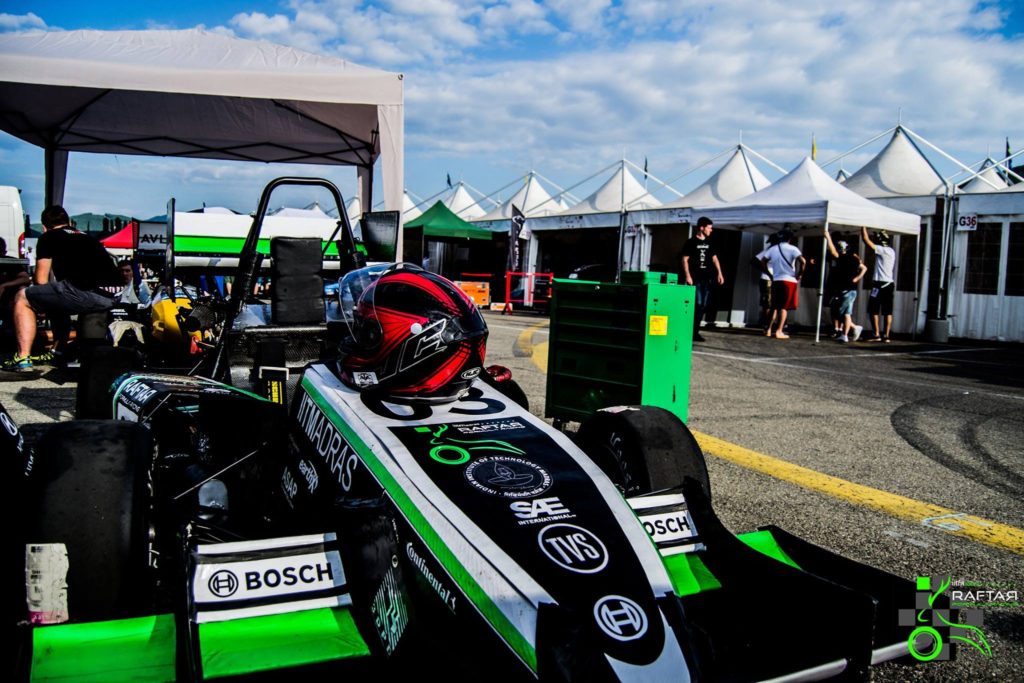 In the dynamics, the runner up of Formula Bharat 2017, Raftar Formula Racing (RFR) from IIT Madras was the only Indian team which was able to finish the endurance run successfully. There was also a valiant effort from Ashwa Racing, Bengaluru, which came close to finishing the endurance run before receiving an unfortunate DNF 5 laps from the finish. 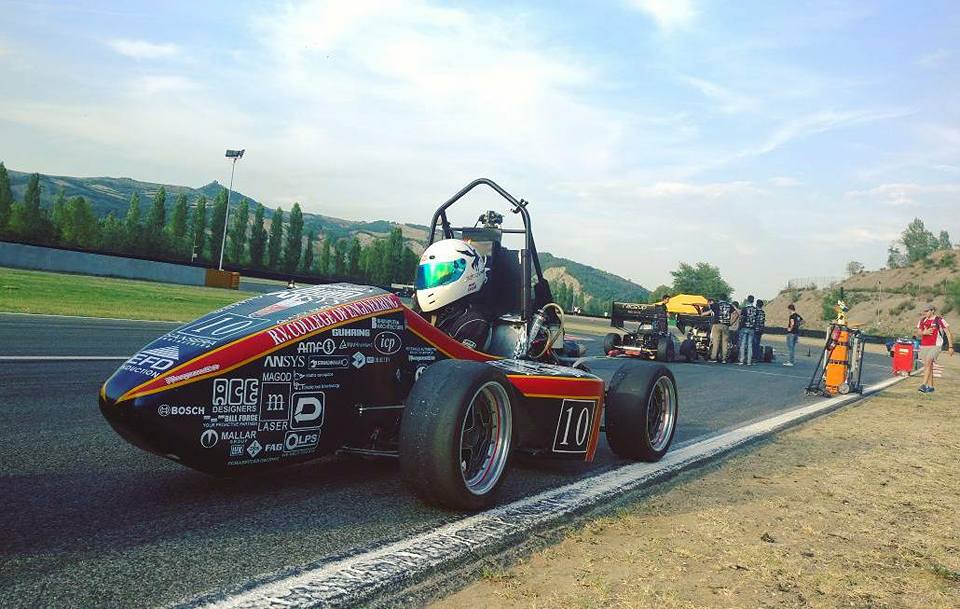 Due to issues with the team’s vehicle being held up at German customs, the defending champions of FB 2017, Pravega Racing from VIT Vellore, were not able to get their vehicle fully prepared for scrutineering as they only received it on the third day into the competition. Pegasus Racing of PSG College of Engineering, Coimbatore, arrived with a new season vehicle and a 30-member strong team, but they too faced many hurdles at the start. 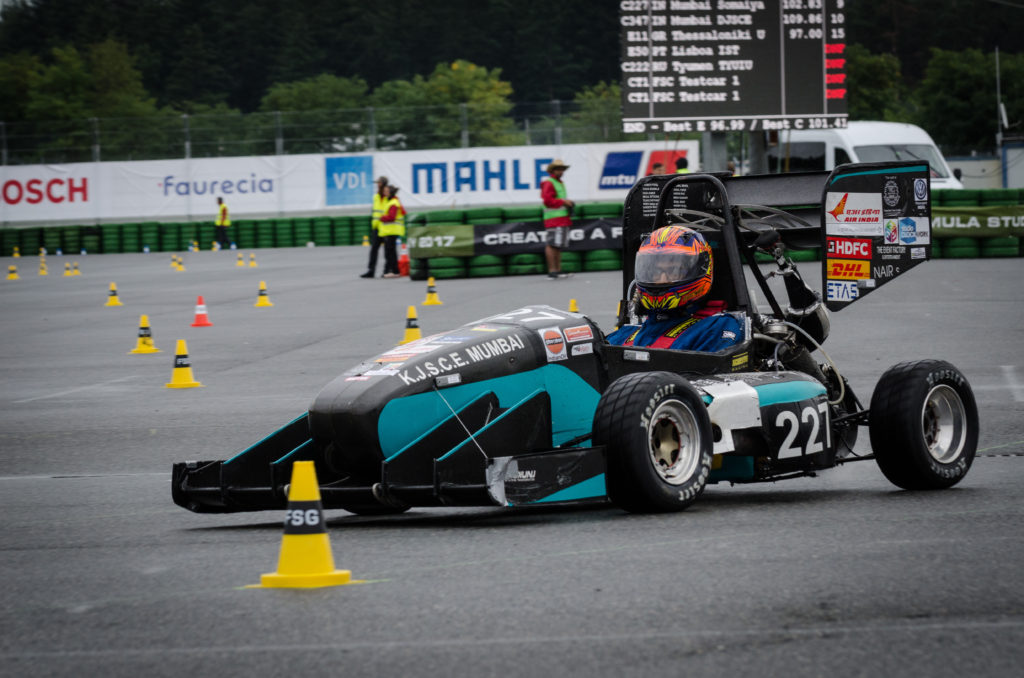 Orion Racing India of K. J. Somaiya College of Engineering, Mumbai, went into FSG 2017 defending their crown for the cost presentation event and managed to string together another stellar show by grabbing third position this time around. In the dynamic events, the team got a decent track time during its endurance run but it was DJS Racing of Dwarkadas Jivanlal Sanghvi College of Engineering, Mumbai, which managed to finish the endurance run, becoming only the second Indian team ever to accomplish the feat at Formula Student Germany. 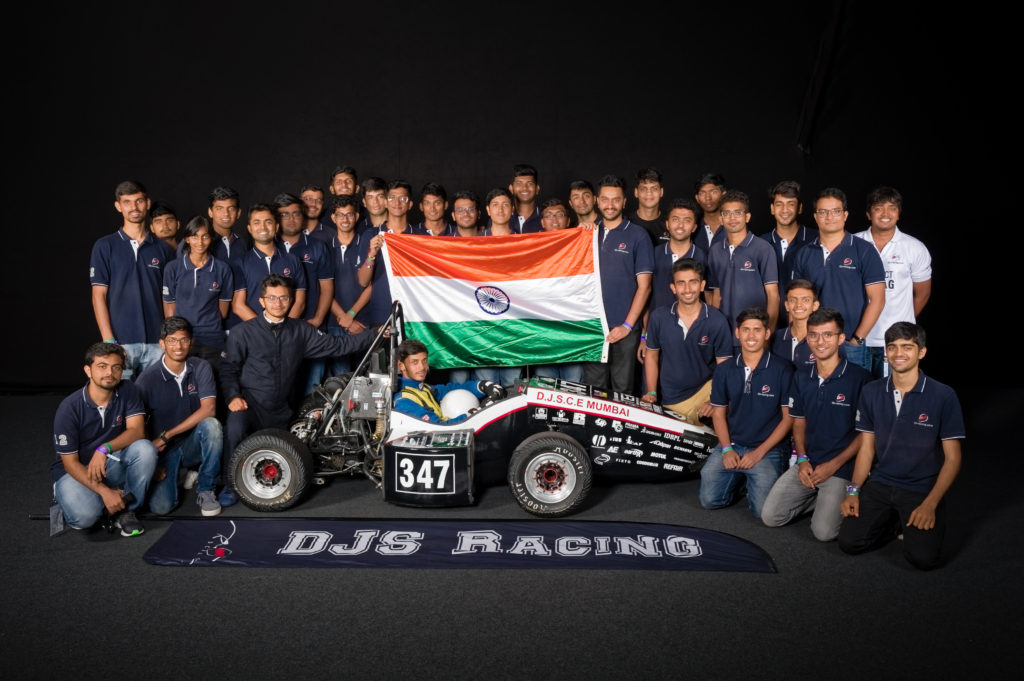 All in all, there were a number of positives for the Indian Formula Student community in the 2017 season and things only seem to be getting better as the teams gear up for Formula Bharat 2018.

This article was written by Nilai Suresh and then edited for publishing.